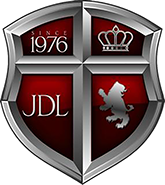 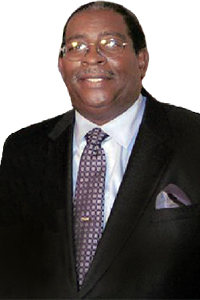 The Bethlehem Church of God in Christ was founded in 1976, by Elder James David Lewis in Fort Worth, Texas. Services were held in a small frame house located on Pinson Street. The members at that time consisted of his family.  Pastor David Lewis was married to his wife, Evangelist Vera Lewis, for 42 years. She is yet doing the will of God and traveling to minister God’s word (veralewisministries.org).

Brother John Edmondson was the first member to join the church. The church then moved to another frame house on Waldalf Street. There, Sister Lois Craver was saved and united with Bethlehem. It was at this location that Sister Craver was filled with the Holy Ghost one icy night. An offer was made to Pastor Lewis to move again to Pinson Street into a brick church building.

At this location, it was agreed that Bethlehem would be allowed to buy this building. After learning that the building did not have a clear title, making it impossible for Bethlehem to purchase, it became necessary for Bethlehem to move to the fourth location. This time, the church moved to the Pastor's home. The bedrooms served as Sunday School classrooms and the garage served as the sanctuary. Although the church was worshiping in the garage, souls were saved and filled with the Holy Ghost. It has been said, that the Pastor's garage will never be the same.

The church moved to a fifth location, on Berry Street. The owner had promised Bethlehem the first chance to purchase the building, if and when he decided to sell. Contrary to the promise, the owner approached the Pastor and brethren with the news that he had found a buyer for the building.

The church had to be moved out in less than a week. With such short notice, the Church moved to it's sixth location, which was back to the Pastor's home. Sunday School was held in the bedrooms. Morning worship was held at a church we borrowed at approximately 12:30 p.m., where Superintendent Johnny Castleberry was the Pastor. The weekly night services were held in the home of the members. During this time the Lord told Pastor Lewis to build a church building and also gave him the plan. The property where the church is currently located was purchased. A contractor was hired and construction started immediately. Shortly thereafter, the contractor ran off with the church's money.  The church raised more money and Phase I was built, which included the fellowship hall, classrooms, and offices.

At the leading of the Lord, Pastor Lewis sought a bank loan, outlining to the loan officer the payment plan that the Lord had given him. The loan officer responded by saying there was no way that the church could afford that plan, but he approved the loan. In 1989, the current church building was completed and thus the church made their seventh move, fulfilling the vision that was given to the Pastor. Elder David Lewis  remained a strong leader and truly devoted to the church's religious growth, its traditional values and ministry.  Pastor Lewis served his congregation faithfully and wholeheartedly for 32 years, until the Lord called him home on December 7, 2008.  His life and legacy will never be forgotten.

Bethlehem Church of God in Christ